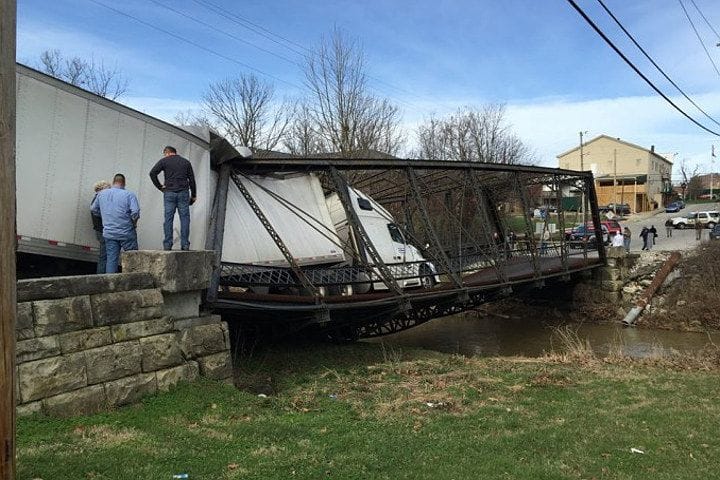 On December 25, a young truck driver who was driving a 30 tons truck destroyed a bridge that was built in 1880 in Paoli, Indiana.

Mary Lambert, 23, has received her commercial driver’s license not that long ago. She was trying to drive her 30 tons truck over the bridge where the road signs warned that no more than 6 tons are allowed. The young driver said that she did not know how much 6 tons were in pounds.

Lambert made a wrong turn. To get back on the route she tried to cross the old bridge. She also had a passenger, her 17-year old cousin.

As a result, Lambert will be fined for disregarding a traffic control device, reckless operation of the commercial vehicle and being overweight on the posted bridge. The trucking company she is working for will likely be facing legal issues for the next few years.