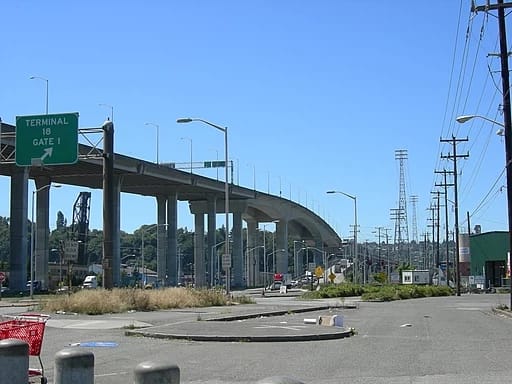 In order to reinforce crumbling pieces of its structure, city officials closed down the West Seattle Bridge abruptly to begin a lengthy repair process.

The decision comes as a bit of a surprise to both residents and some local officials alike. As a result of the closure, traffic must find alternate routes than the convenient bridge connecting the peninsula of West Seattle with the rest of the city.

Much of the traffic, without direction from the city, will trace new paths through residential areas. Many new routes will pass schools and playgrounds, surging the number of cars in sensitive areas.

The Seattle Department of Transportation did not previously identify the West Seattle Bridge as an urgent project. However, after an inspection in the previous week, SDOT scheduled the closure almost immediately.

Alex Pedersen, councilmember and chair of the Transportation and Utilities Committee, said he only received notice on Monday.

The repair efforts focus on support girders holding the bridge upright. The arched structure curves over the east and west channel at the mouth of the Duwamish River. Its position makes it the best method of travel between West Seattle and the rest of the city.

Therefore, its closure signals dire consequences for traffic in the city.

While its closure benefits from the timing of stay at home measures undertaken to stem the spread of COVID-19, experts suggest the repairs may outlast the pandemic.

As workers eventually return to normal commutes, streets will fill up with traffic forced into alternative routes. Repairs of the cracks that render the structure unsound and potentially dangerous are likely to take months, not weeks.

In the meantime, officials address the need to improve conditions on alternative routes to permit an easier flow of traffic and reduce congestion. While several solutions seek to alleviate the strain, none likely outright solve it.

Is Seattle Going to Remain a Sanctuary City for Immigrants?