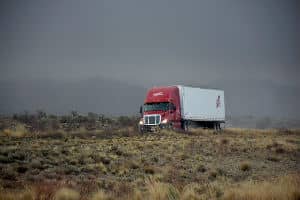 If you’re doing your weekly grocery shopping and the prices of your go-to items are shockingly high, don’t blame the company, blame the current the state-of-affairs in the transportation industry. Yep, they are the real culprits. In fact, it’s very possible that a transportation crisis could significantly drive up all the prices of the goods Americans buy each and every day. This is definitely not the future we want.

But the truth is shipping costs in America are skyrocketing. So much so that major food manufacturers can’t absorb the increased rate. In fact, 18 of the 25 biggest consumer packaged goods companies say they’ve already been forced to raise prices.

See, the problem lies in the fact that with the booming e-commerce market and a growing economy, the need for trucks to transport the nation’s goods is at an all-time high. This is good news and bad news. Sure, people are spending money and the economy is thriving. However, the bad news is manufacturers can’t produce trucks fast enough to carry the goods. Currently, there’s a backorder of over 200,000 trucks.

Still, the problem is bigger than that. Even if the trucks are manufactured, you still have to find drivers to fill them. And, one thing we’ve learned in recent years is the younger generation doesn’t want to be truck drivers. Consequently, in order to incentivize people to become truck drivers, salaries and bonuses have to be raised to draw them in. Sure, this brings new drivers into the fold but then those costs are passed onto the manufacturers.

The bottom line is, we’re at the crisis point. With an average of one truck available for every 12 loads that need to be shipped, something’s got to change or we’re all going to feel it in our pocketbooks.

In order to address the issue, the Department of Transportation just launched a pilot program. The program would allow America’s military veterans who are trained drivers to take their skills to the marketplace. This way members of the military could transition back to civilian life with a quality paying job.

But, there’s an additional problem in this complex equation, even with plenty of drivers, America’s crumbling infrastructure is slowing down trucks on the highway. The congestion is costing us 1.2 billion hours in lost productivity. So, with every solution, arises a new problem. Still, this problem is going to impact our bank accounts if we don’t figure it out soon.

What Problems Does FMCSA Face with ELD Technology