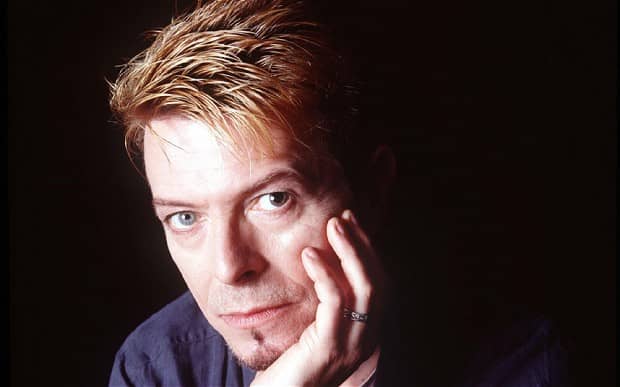 David Bowie, one of the most legendary rock musicians, died of cancer this Sunday, Jan. 10. It was just two days after his 69th birthday when he released his final album “Blackstar”. This loss shocked the whole world as Bowie’s disease was not publicly announced.

David Bowie had a huge impact on music, including Seattle music scene. Shortly after the news about his death was announced, many of famous Seattle musicians started posting their tributes on social media. Krist Novoselic of Nirvana called Bowie “legendary” and thanked him for the music. Chris Cornell of Soungarden said that 140 characters (Twitter limit) “will not suffice (nor will ten thousand words)”. Carrie Brownstein compared losing Bowie to losing “an entire color”.

The legendary musician impacted Seattle grunge greatly – just as the music world in general on so many levels. He influenced many Seattle bands in the 80s, such as Pearl Jam and Mother Love Bone.

Kurt Cobain, a Seattle rock legend, owned Bowie’s albums. Nirvana’s cover of Bowie’s song “The Man Who Sold The World” became a surprise and introduced his music to the generation of the 90s. The cover itself became one of the most well-known Nirvana’s recordings. And Bowie’s early glam period in the 70s affected early Seattle punk rockers.

KEXP, a Seattle radio station, had an all-Bowie day on Friday, when his new album was released. The stream is still available online and many people outside of Seattle visit the website to listen to it.

David Bowie’s death was just as spectacular and mysterious as his life. His impact on Seattle music and the rest of the world will live on, making him one of the brightest stars on the rock’n’roll vault of heaven.