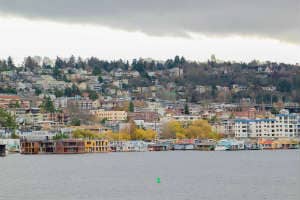 SEATTLE, WA – Seattle’s “Grand Bargain” has passed! As of Monday, the Seattle City Council unanimously passed the citywide Mandatory Housing Affordability (MHA) program.  This program will provide relief for those in need of affordable housing and improve development conditions throughout the city.

Citizens proposed the MHA plan almost four years ago. This bargain has finally become a reality and most citizens are overjoyed. This program influences 27 Seattle neighborhoods. The reform calls for denser neighborhoods, more housing and more neighbors for those in the area.

Interestingly, to make this reform a reality the city must “upzone” certain residential neighborhoods. This upzoning allows both residential and commercial developers to build bigger buildings. So, why is this beneficial? Bigger buildings mean more profit on their investments. In return for more profit and increased density, the developers must either incorporate affordable housing into their projects or contribute money to the city’s affordable housing fund. In turn, they use the money to create other options for reasonably priced housing in Seattle.

Citizens initially introduced as the proposal as the “Grand Bargain.” It earned its title from its market-rate development and its affordable housing combination. Unfortunately, Seattle’s housing crisis is negatively impacting the city’s well-being. The Mandatory Housing Affordability program serves as a solution to the city’s ever-increasing population boom, as well as the rapid increase in the cost of living.

Is There a Downside to the Mandatory Housing Affordability Program?

Although this reform is a great solution for those in need of affordable housing, there is some resistance. Many residences in the 27 neighborhoods affected, have single-family homes. Like most of Seattle’s cities and urban villages, these upzones might disrupt the single-family residences. When the proposal was first brought to the city council, it was denied. Due to the measure only creating more density for single-family neighborhoods, most didn’t approve of it. Now, the council claimed the issue as “city-wide.” Thus, it only affects residential, single-family home areas but doesn’t target these areas. This is how the bill passed.

Since the bill was passed, the upzoning will begin immediately. Expect to see far more cranes all over Seattle for the next few years!