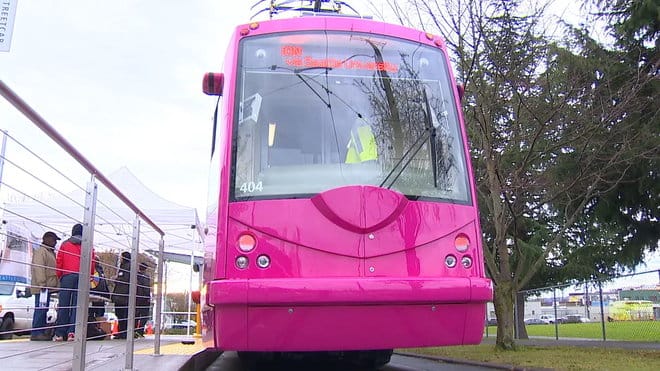 The Seattle Department of Transportation showed off some of their railcars that will at some point become the Seattle Streetcar line. The railcars were parked throughout the city drawing people’s attention. It was called the First Hill Streetcar “Safety Day”. The streetcars are really quiet and there are no barriers separating them from other vehicles and pedestrians. The goal was to remind people that the streetcars eventually will be present in the streets.

The opening date for the project has not been announced yet. The original launch was scheduled for 2014 but was postponed due to various problems like late deliveries and the failure of fire-resistance test. The project now is on the final stages of testing. The transit line will run from Pioneer Square to Capitol Hall.