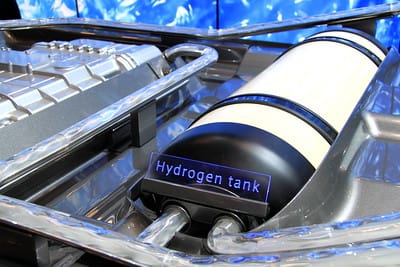 Hydrogen has been the focus of many auto manufacturers. The industry shifting to new and experimental alternatives for fossil fuels. With so many viable options, one industry thought it could take on big electric.

The industry was said to be a great competitor for modern electric vehicles. The process of extracting hydrogen atoms and utilizing the charged electrons to power the battery for cars like the Toyota Mirai was starting to take off.

The world is currently under lock down. Due to the widespread effect of the virus, many manufacturing plants had closed their doors. The long-standing closures have effected almost every industry, but for newly emerging alternatives, it might just be the nail in the coffin.

While it is the most abundant resource on Earth, the concept is still relatively expensive. With alternative like electric making a huge impact on the auto industry across the globe, many have found the more cost effective strategy is the also newly emerging EV line.

The cost comes from both the car and the resource. Now, you would think that having such a supply of resources were met with the demand, but unfortunately the price is still the key factor in halting further development.

The cost to performance ratio is tips outside the favor of hydrogen. With the average cost to fill a hydrogen tank approximately $80, this leaves many wondering what the initial incentive is to purchase one.

The performance of an H-car is currently behind that of electric. Many electric car manufacturers have innovated their technology to ensure that this alternative is the major one. The average electric car bolsters at least 300 miles per charge and costs relatively nothing when recharging the battery.

The only downside the currently faces electric is the inability to charge fast enough. With most batteries charging withing 30-40 minutes. This has created the demand for faster refueling times.

Seattle is Banning the Use of Plastic Straws and Plastic Utensils

Verizon to Truckers: Can You Hear Me Now? Good.