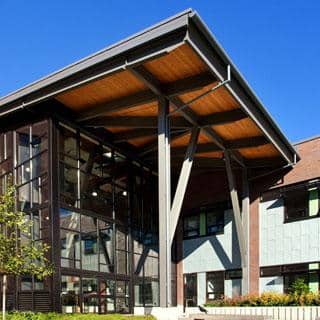 Green River College proposal to remove 11 programs and courses was met with a protest from the college faculty who walked off the job Monday and said they would not work for three days. The Board of Trustees are seeking injunction to stop the protesters.

Because of the proposed cutbacks, a number of adjunct instructors, one tenure-track faculty and five tenured faculty members could be fired from the Auburn Community College.

Monday morning the faculty members went on a strike holding protest signs at the college entrance, while people driving by were waiving and honking to demonstrate their support.

The college faculty have been in confrontation with Eileen Lily, their President, for a long time now and even have voted to question her leaderships three times, the last one being this month. They have filed complaints against her saying Ely uses state cutbacks to gut the United Faculty union.

Last year to save money, several programs were cut, and now the history is repeating itself: more programs must be eliminated to cut the costs because of the declining enrollment and cutbacks in the budget.

Faculty members say that the only reason the college is losing money is bad finance management and investing millions of dollars in expensive new buildings and remodeling there is no real need for.

Despite the protest, the faculty don’t want to interrupt student’s life, so they will end up their strike on June 10.