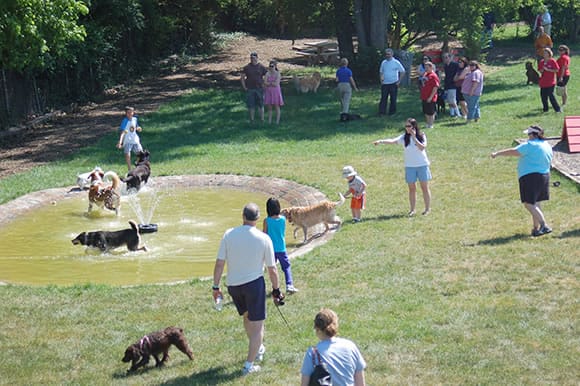 In Seattle the public survey organized by the Parks and Recreation Board got over 5000 responses. The topic of the discussion was dog parks and everything that has to do with them. From off-leash dog parks to finding places that can be unfenced parks in certain hours, there’s a lot to discuss. So, let’s dive into to whether open spaces for dogs should get more city support!

Dog Parks Are a Hot-Ticket Item in the Emerald City

At the board meeting families that have children expressed their worries that an environment where dogs can walk freely and approach anyone around is not safe for children.  The dog owners insisted that there are about 150,000 dogs living in Seattle. They all need off-leash areas where they could run freely. Dog parks for dogs are just as important as playgrounds for children, dog owners say, as for many the dog is a part of the family.

Maintenance of fences for off-leash parks also requires funding, and the parks officials discussed if they should allow advertising and sponsorship. They also debated if there should be a limit for how many dogs a person can bring. There is a three dogs per household limit at the moment. However, some claim that there are dog walkers with over 10 dogs in some off-leash areas.

The master plan for the off-leash dog parks will come out within a month. Then, the city will take public comments in April. Finally, final plan is expected to be submitted to the Seattle City Council by June.

BMW Has An Electric Scooter That Looks Ready To Build!!

GMC Yukon Denali is Luxurious and Enabled With Super Cruise