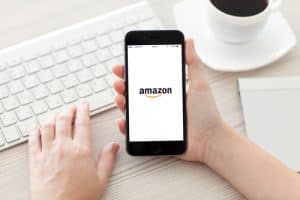 Seattle’s Amazon planning to bring down the costs of healthcare by that the place is getting familiar: its headquarters.

In the internal discussions of the company, a primary care clinics plan is being discussed to open in its headquarters, according to two people familiar with the matter. The plan is starting with hiring a small number of doctors to start a pilot clinic later this year for a select group of employees and then it will be enlarged to more workers in early 2019.

Amazon is taking a leading role among American companies in pushing for ways to bring down health costs. They are skyrocketing as insurers pass on the expenses associated with emergency room visits and providers that overcharge. By leading workers to urgent care and preventative care and by offering guidance on diet and exercise, companies are hoping to keep their employees healthier and out of the hospital.

Amazon started a partnership with J.P. Morgan and Berkshire Hathaway to improve the quality of care and bring down costs. to run the joint venture, the group recently appointed Atul Gawande, who has spoken out about the importance of “regular, ongoing care,” calling it “the greatest source of value in modern medicine,” in a report.

Before this, the company was looking to outsource its clinics and brought vendors into pitch their services. After multiple discussions, Amazon ultimately decided clinics internally. Providers including Crossover Health and One Medical offer on-site or nearby services for other companies.

The company’s spokesperson didn’t say anything about the case.

Amazon already started its effort by hiring primary care experts, beginning last year with Christine Henningsgaard, who was previously vise president of operation at One Medical. amazon could be using the local clinics to create a starter plan before expanding.

The Amazon GO store is an example of testing new ideas with its own workers before scaling them out. The store is a small grocery situated in downtown Seattle letting shopper put items in their bag and walk out without waiting in line. More stores are expected to be opened in Chicago and San Francisco.

Rolls-Royce Is Back With A Brand New Boat Inspired Car

Got ELD? Then Get Prepared for Higher Charges!