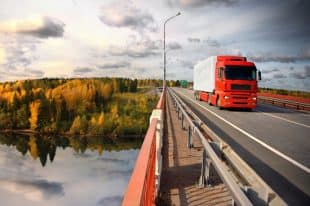 TACOMA, Washington — Commuters in the South Sound faced Day 1 of a 9-month construction project. The project means the closure of the Puyallup River Bridge until at least February. The bridge provides necessary transportation options and aids the flow of traffic to a large degree. As a result, traffic in the region will increase for at least the next nine months.

Crews will replace 3 spans of the bridge between Portland and Puyallup Avenues. The detour is a large circle, either taking the Lincoln Bridge or going around and ending up at I-5 and Pacific Highway.

The Puyallup River Bridge Is an Important Bridge for the Region

The closure will cause additional delays on I-5 through Fife and Tacoma. This stretch of highway is already a problem for the region. For that reason, many opposed closing the Puyallup River Bridge. However, it’s at the point where repairs are absolutely necessary.

Work on the project began in March, but it wasn’t until Monday that the work impacted traffic. WSDOT officials warn a lot of semi-trucks that used the bridge to get to Fife and the Port of Tacoma and will now be pushed onto I-5. This will include all kinds of large-scale haulers, including our own car carriers.

This will back up a region that still struggles with backups from the Tacoma Narrows Bridge even further. However, as the population of the Pacific Northwest continues to grow, these kinds of projects are necessary. Congestion will only increase over time, and it’s good that Washington is working to address these issues now. It will just be a challenge to deal with in the interim.

The new bridge is not expected to open until February. Hopefully, the state will be able to complete the construction sooner than that. After all, worse traffic means a slower economy, something that none of us in Washington want.