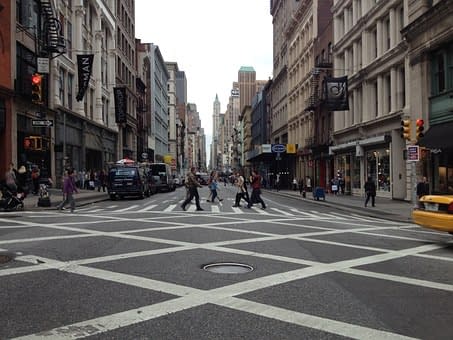 Now, the City is making improvements to the intersection at 23rd Ave. E and E John Street to make it safer.

Moreover, the latest data from SDOT reveals that in this year, so far alone there were 9 crashes.

However, the highest number of crashes since SDOT began collecting data in 2004 was 13.

Specifically, this has been an issue for many neighbors in the area impacted by the noise from the crashes. As revealed by resident Joy Hollingsworth, who lives on the corner, “The screeching sound, the loud glass breaking – that’s my fear, one is just going to come barreling through my front door,” Hollingsworth said.

What’s more is that dozens of these crashes have been captured by her home surveillance cameras. In addition to drivers running red lights, the amount of debris from these crashes can also be seen.

To demonstrate, an incident in March captured a driver speeding through the Seattle intersection, then slamming into the vehicle ahead of him.

By the same, a crash which occurred in June was so severe that firefighters had to pull the driver out by cutting off the car roof.

According to Jim Curtin, the Interim Director of Project Development with Seattle’s Department of Transportation, there has been an uptick in crashes at this “complicated” Seattle intersection.

However, he has seen all videos and is ready to make the necessary safety improvements for the betterment of the community.

Furthermore, Curtin stated that the left turn related crashes are by far the top crash type at this intersection.

Therefore, the City plans to add left turn pockets on the road, along with new stoplights that contain turn arrows. Also, the new lights will be bigger and more visible.

However, changes won’t take effect until summer of 2020.