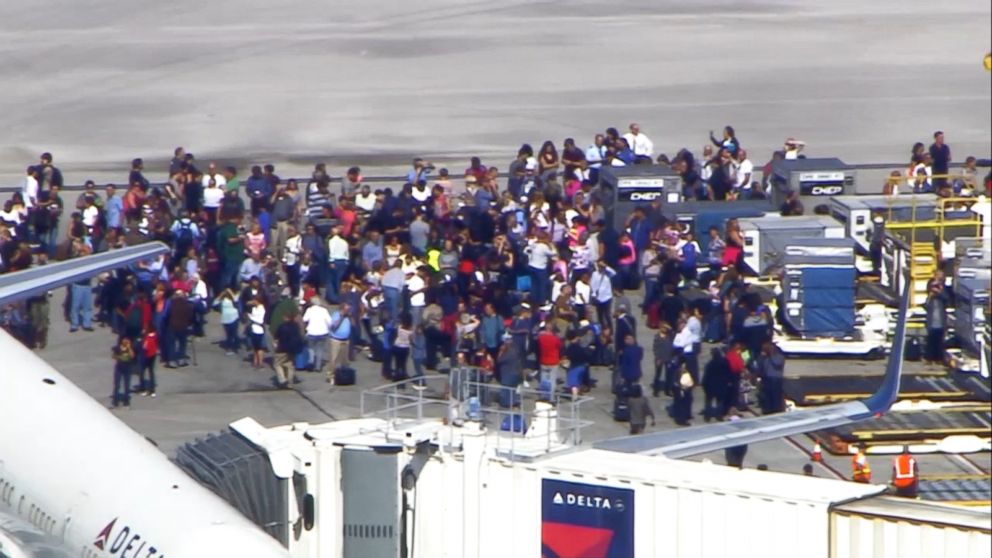 Witnessing are talking about how they exited the plane and say chaos and people running but what scared them the most was TSA’s running. That caused them to bolt.