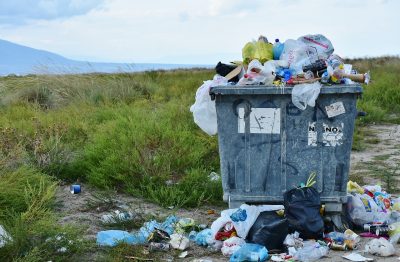 A trash cleanup plan for Seattle city streets and parks is in the works. Seattle Mayor Jenny Durkan says less staff and increasing dumping during the pandemic is creating a trash problem. There is a plan released earlier last week to clean up the city.

Durkan says some of the cleanup can be done with existing programs, services, and within the existing budget. However, she is also asking the city council to invest in a â€śsurge of cleaning effortsâ€ť in parks and public spaces over the next eight months.

There is a proposal from the mayor. That suggests the Seattle City Council fund cleanup activities with new revenue projecting from an updated revenue forecast released last Monday.

Comprehensive Plan to Clean the Parks

â€śWe have been hearing from community members all over the city. More needs to be clean our public rights of way and parks. Departments across the city have been working for weeks on a comprehensive plan that can be quickly implemented following City Council approval of additional funds,â€ť Durkan said in a release last Wednesday. â€śOur parks have become an important refuge for Seattle residents during the COVID-19 pandemic. It is critical we keep our parks and playgrounds safe and accessible to all.â€ť

â€śBuilding on two priorities identified by city councilmembers â€” like expanding the purple bag program and needle collection facilities. We can devote some of our new revenue to keeping Seattle clean. Then be ready for recovery for our small businesses and neighborhoods,â€ť she continued.

The city has faced significant challenges with litter, illegal dumping, and trash remediation during the ongoing COVID-19 pandemic. The news release from the mayorâ€™s office cites data from SPUâ€™s Illegal Dumping program, which shows a 195% increase in the volume of material collected from quarter two to quarter three in 2020.