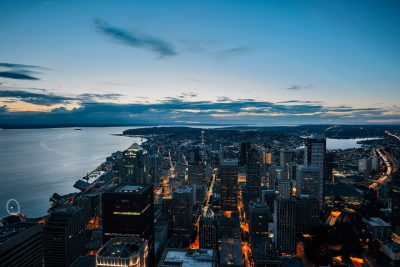 The Emerald City has reportedly one of the hottest housing markets in the country in 2020. This is with home prices climbing 13.6% over 2019. The Emerald City is a wonderful place to live and raise a family. People are moving all over the U.S. for many reasons including economic and opportunities for a better life.

The Emerald City is Part of the Home Price Surge

Fueled by low mortgage rates and the Americans that are moving from urban apartments to houses in the suburbs, U.S. home prices have surged at the fastest pace in nearly seven years in December.

Released on Tuesday, the S&P CoreLogic Case-Shiller 20-city home price index, which climbed 10.1% in December from a year earlier. Since April 2014, follows a strong 9.2% year-over-year gain in November.

Washington real estate brokers have pointed out earlier this month that low-interest rates are allowing buyers to afford the rising home prices. Yet, the worrying prices were in fact driving up “at an unsustainable pace.”

Nerves Frazzled Due to the Uncertainty of the Market

“Unfortunately, help is not on the way, ” said Dick Beeson, managing broker at RE/MAX Northwest. “In fact, we are feeling nervous about where this market is heading. Moreover, sellers are almost as rare as the exotic dodo bird.”

Brokers have been predicting we could be heading for a typically busy spring. Because we have not seen the typical drop-off in the winter.

Not limited to The Emerald City or the West Coast, the uptick in the housing market last year saw other states that recorded the slowest price gain of a 7.7% upward gain and another state which was not included in the annual figures because of record-keeping delays caused by the COVID-19 pandemic.