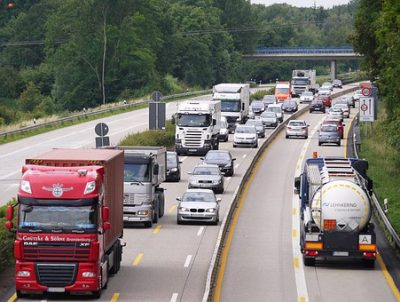 U.S. senators proposed a new bill requiring heavy-duty trucks to be equipped with speed limiters. This would limit truckers to maximum speeds of 65 mph. Â

Lawmakers believe this measure could help decrease the number of speeding related fatalities.

Under the proposal, software would be installed in all new trucks. Additionally, it would extend to existing trucks that already have the technology fitted as well.

However, many truckers argue against the speed limiters.

Some say decreasing the speed limit will only cause an increase in accidents. Thus, creating an unsafe environment for everyone. Chances of a rear-end collision are greater when you have automobiles travelling at much higher speeds than the mandated 65 mph for trucks.

Others believe the Senate is making a big mistake by introducing this bill. Generally, truckers already drive at a slower pace than other vehicles on the road. Often, cars speed around trucks as is. Therefore, a mandated speed limit would only cause more of a hazard as cars will continue to speed and pass.

Not to mention, the maximum speed limit is not always the same in every state.

Another concern for truck drivers is the lack of control the mandate offers. For instance, in times when a driver may need to pass a vehicle, speed might become a factor. If acceleration is needed to maneuver, but isnâ€™t given, this again could present a safety hazard.

The consensus is that no matter how fast or slow a truck goes, there will always be cars willing to speed up and pass. Consequently, creating danger to truckers and other drivers.

Furthermore, if trucks need mandated speed limits, then so should every other automobile on the road. What are your thoughts on the new bill? Terrible idea or is the Senate on to something? Leave your comments below.