Semitruck turns over on Interstate 5 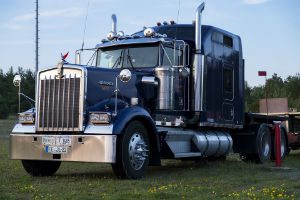 Several vehicle collided and a semitruck rolled over and emptied its lumber cargo in an accident Friday morning on the Interstate 5, authorities said.

Two motorists, including the semitruck driver sustained non-fatal injuries as a result of the multi-car crash.

Traffic officers blocked two lanes at the crash scene where the semitruck turned over. There is a reported three-mile delay due to the traffic stoppages. The Pacific Avenue on-ramp is also blocked.

Authorities have disclosed that the chain reaction accident began when one car changed lanes and clipped a pickup truck. The car that sparked the accident then spun around and hit another passenger vehicle.

The semitruck driver tried avoiding the wreck and plunged over the embankment and over into the Pacific Avenue on-ramp to southbound I-5.

Two cars reportedly had minor damages and a third car sustained significant damage. There were no reports of the lumber spill damaging any vehicles other than the semitruck.

It was preciously reported in March that there were six semitruck crashes in the past six months on the I-5. Truck crashes keep interrupting a massive I-5 widening project. Trucks crashing near the construction sites cause continuous delays while freeway lanes are blocked.

Most of the crashes are reportedly happening overnight or in the early morning.