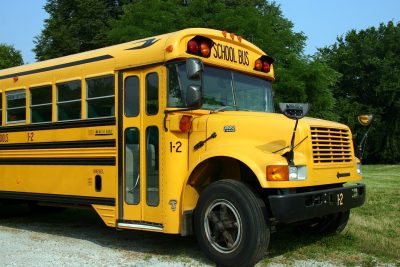 SEATTLE, WA â€“ Transportation is about to get tricky in Seattle. With the upcoming closure of the Alaskan Way Viaduct on January 11, commuting to schools and work will be a bit more time consuming. The major problem? Seattle school bus delays.

Many Public Schools in the city are facing this difficulty. According to a statement on the districtâ€™s website, the Alaskan Way Viaduct will reroute to Highway 99 into the new tunnel. They wrote: â€śVirtually all schools will be affected by the closure. Families and staff should plan for increased congestion and longer travel times during the upcoming construction.â€ť

What are the plans to fix the Seattle school bus delays? According to SPS spokesperson, Tim Robinson, bus drivers will start work half an hour earlier than usual in order to make it to their stops on time. And, the district school bus contractor, First Student, is hoping to fill some open positions by the end of January. The issue is that there is already a shortage of bus drivers in the area, and the construction wonâ€™t make things any easier.

There are more than 300 bus routes in Seattle and First Student has not recruited enough drivers. This has caused several late buses and messes for parents throughout the school year so far â€“ without the viaduct closed. On the last day before winter break this past December 21, the district estimated bus delays ranging from twenty minutes all the way to two hours. This was over nineteen afternoon bus routes.

According to the Seattle school district website, the closure, and therefore delays, should last about three weeks. They also stated: â€śFamilies will be notified directly (call and individual letter) if your studentâ€™s pick up/drop off times will shift during this period.â€ť

But, even if you are not directly affected, the closure is bound to slow down traffic for everyone. So, families should prepare for these Seattle school bus delays as winter break closes and we move into the new year. Likely, everyone will be running a little late come 2019.