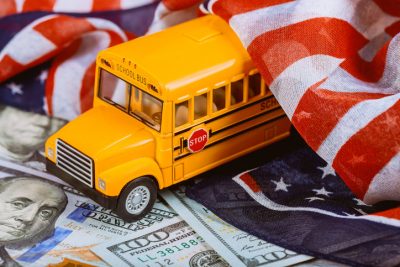 Seattle, Washington – Seattle Public School will get a new grant by Amazon for about $2 million. The company announced a new grant for the Alliance for Education to create the â€˜â€™Right Now Needs Fund.

The fund will be allocated for the school in greatest needs, and the money will be used to get a wide range of items, from a â€˜â€™raincoat to school suppliesâ€™â€™.

Amazon has been supporting a Seattle-based homeless shelter for a long time. In 2017,  the company committed to building a shelter for the nonprofit.

The donation for the Seattle Public School is the latest support example by the giant company for the community.

Another nonprofit benefited from Amazon in 2017, was Fare Start.

The nonprofit is on the charge of providing on-the-job food service training for poor, homeless or population with the addiction problem.

The fact that Amazon was making some donations provoked criticism.

According to some members of the local community, the company doesnâ€™t do enough to reduce some of the problems it compounds, such as traffic and high rates.

This factor is being reviewed and if the company is seen as much of a taker, then a giver, that itself will create a change.

The citizens might be baled at the large tax incentives offered by the company.