Seattle Has Some Of The Most Expensive Rent Prices 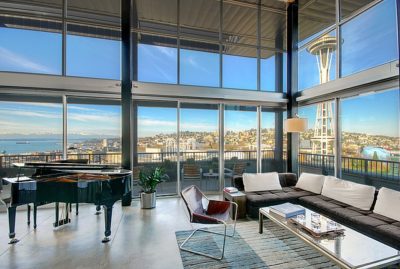 Everybody knows that Seattle is one of the most expensive cities in the country. It is an expensive estate market, and it would cost you a lot if you decided to buy a house in Seattle. But it is also not cheap to rent an apartment. It is natural that rent prices in major cities are high but when you look at them in terms of annual salary, it can be quite shocking.

SmartAssets released a new study determining the minimum salary needed to live comfortably in 15 U.S. major cities. In their analysis living comfortably means paying no more than 30% of your household income for your apartmentâ€™s rent. It is a definition set by the Department of Housing and Human Development. If you spend more, your rent is considered â€ścost-burdenedâ€ť.

The study analyzed rent-to-income ratio in 300 U.S. cities and then proceeded with the 15 largest metro areas. Seattle comes 6th in the list of the cities with the highest rent-to-income ratio. To comfortably rent there, your household would need to make $98,271 a year. Â The leader on this list is San Francisco with $216,129 of annual income needed to rent comfortably, followed by New York, Los Angeles, Boston and Washington, D.C.

The analysis used Fair Market Rents prices for 2-bedroom apartments in April 2016. The gross rent estimate doesnâ€™t include telephone and internet services, cable and satellite television but the cost of the main utilities a tenant pays is included.