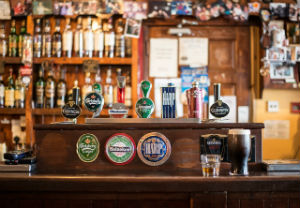 SEATTLE, Washington – A Renton police officer shot and killed a man in a bar. Additionally, this incident occurred on Saturday night.

Specifically, the incident happened right after 10 p.m. in Cheers, a bar in downtown Renton. Officials say the suspect lunged at a customer with a knife. Furthermore, police say one man was stabbed before the police officer shot and killed the suspect.

Moreover, officials have obtained cell phone video footage of the incident. In the video, you can see the man running towards a person before getting shot.

Witnesses called police after a man entered the bar and threatened to stab someone.

Eyewitness Kathy DeVecchio said, “We were playing pool and pretty soon somebody said ‘Somebody’s shotÂ across the street. ‘A guy had a knife and the cop had to shoot him.’ And then, before you know it, the whole street was covered in cop cars. It was scary.”

Officials identified the stabbing victim as a 59-year-old man. Furthermore, officials took him to Valley Medical Center. Moreover, officials say he will make a full recovery.

Currently, the investigation is still ongoing.

The bar will not open until Monday. Bullet holes are clearly visible in the window.

A local man named Danstan Kaunda said, “I was just coming out to my car, and then I just see the police. I don’t have the full story so I’m not sure. It’s just sad to hear that somebody got killed. Maybe there could have been other ways of handling it. But who knows?Â I wasn’t there.”