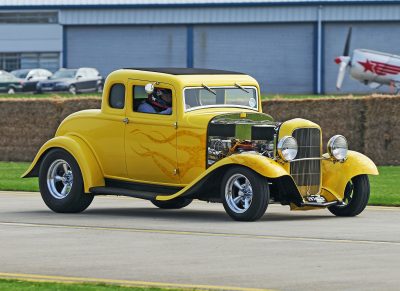 Let’s start with what a hot rod is. It happens to be a very vintage vehicle that is years beyond it’s expiration date. Could be from the 1900s to the 1970s as far as anyone in the know is concerned. But most popularly, it originates from modifying the cars of the 1940s. Veterans from the second World War would be ravenous for more adrenaline. Illegal street racing has grown from the usual drag racing that has been commonly seen as of recent. Plenty of car clubs, like the Prowlers join in union with other car clubs in order tor promote the idea of racing hot rods.

Pretty soon, rails made the way for sleds and street vehicles. Muscle cars arrived and then died. The entirety of the Malaise Era was destined to kill performance but was incapable of doing so. Then the 1980s would promise turbo-charging at a bargain. The ’90s brought back horsepower wars and by the time you reach modern-day, it’s hard to tell a hot rod from a not rad. Simply put, “a hot rod is a car that has been modified for performance and style.” At least, that’s what John McGann, Editor-in-Chief of Hot Rod says.

Most of the time, a hot rod is built and not so easily bought. The idea is that you take a pre-existing model and modify it for a newer time period.

Some tips to keep in mind when constructing your hot rod on a budget.