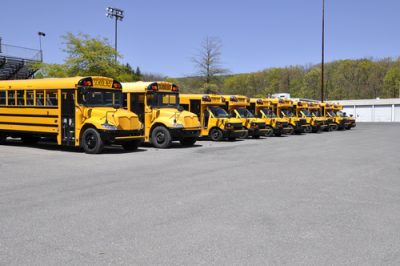 SEATTLE, Washington — The union that represents First Student Seattle school bus drivers has declared it will begin a strike on Thursday.

The strike is a result of failing to achieve a labor deal with First Student. Union authorities say the strike will likely affect all yellow school bus service in the Seattle School District and parents are urged to make alternate arrangements.

Many bus drivers held a one-day strike in late November calling for better health and retirement benefits. This time, union authorities say the strike will last until a labor deal is reached.
85% of the union voted against a suggestion that committed to paying up to 80% of the cost of medical advantages, January 6.

â€ś85% is not a fluke. Itâ€™s not a statistical error. Itâ€™s a strong statement to First Student that their proposal wasnâ€™t good enough and they would need to bring more,â€ť First Student Driver Star Lucas said in a news release announcing the strike. â€śWe are not going to vote for a proposal that only takes care of us while our own children are left without decent healthcare. We were really hopeful that the company would get the point and come back to the table with something better, but that just didnâ€™t happen. So now weâ€™re taking this fight to the street.”

Meanwhile, First Student Senior Director Chris Kemper said in a statement released to the media:
â€śWe are extremely disappointed that Teamsters Local 174 leadership refused to bring the new contract offer to our drivers for a vote. The deal on the table, we believe, is fair and equitable to all parties. The proposed contract contains an expanded benefits package, now including comprehensive health care coverage for all full-time drivers and their families, and all part-time employees would have comprehensive health care coverage with First Student covering 80 percent of annual premiums. The contract also includes a 401(k) retirement plan with company match and a top wage of $24+ per hour.”