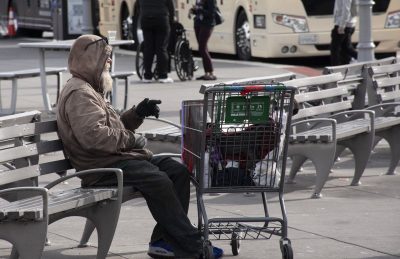 City Council of Seattle announced on Monday, October 19th it was introducing legislation to establish a civilianized system to coordinate outreach and service at homeless encampments without involving law enforcement.

Councilmember Andrew Lewis on Monday introduced legislation to establish a civilianized system. In turn, this system would coordinate outreach and services at homeless encampments without involving law enforcement.

The City Council voted to dismantle the Navigation Team. Moreover, the team included police officers and conducted encampment removals, this occurred in August.

Andrew Lewis said this team will be exclusively civilian. Therefore, Lewis said the City practice of using armed and uniformed police as agents of homelessness outreach and coordination is over. In turn, the new model will acknowledge the strength the city can bring as a partner. Moreover, he said the coordination of a variety of essential services to support the provider community.

Under the plan, some of the support roles filled by the city would include providing garbage pickup and hygienic facilities. In turn, Lewis said his bill was the result of weeks of discussions among councilmembers. It also included Mayor Jenny Durkan’s office and frontline service providers.

Colleen Echohawk, executive director of the Chief Seattle Club, says the new approach empowered the frontline workers with the necessary skills and relationships to best service unsheltered people in its city. Moreover, Echohawk said she appreciated Councilmember Lewis for setting the table for a collaborative partnership. In turn, this would be between the city government and the experts in compassionate outreach.

“This new approach empowers the frontline workers with the skills and relationships to best serve unsheltered people in our city,” said Colleen Echohawk, executive director of the Chief Seattle Club. “I appreciate Councilmember Lewis for setting the table for a collaborative partnership between city government and the experts in compassionate outreach.”

The bill would also conditionally approve more than $2 million in the 2020 budget for contracts with non-profit organizations. In turn, this would allow them to take on the outreach roles previously done by the Navigation Team. Next, the council is scheduled to vote on the plan on Monday, Oct. 26.