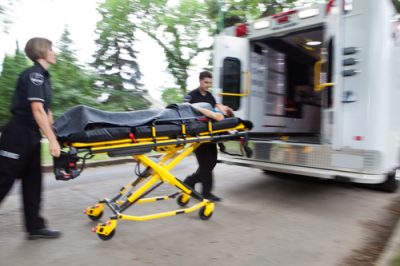 Two CHOP shootings over the weekend have sparked new talk about the rules and purpose of the protest zone. Activists rally to debate change in the wake of a 19-year-old man’s death.

The Capitol Hill Organized Protest (now CHOP but formerly known as CHAZ) is an autonomous protest zone. It is centered around Cal Anderson Park. Activists have gathered and stayed here since June 8. The death of George Floyd at the hand of Minneapolis Police prompted CHOP. It has since declared itself a police-free zone. Daily activities for activists here include discussions centered around systemic injustice. This includes discourse about police brutality and racial inequality.

The Saturday shooting sobered protesters. Shots fired in the early morning struck and killed a 19-year-old man. A second shooting on Sunday injured a 17-year-old. And restricted access to the area complicated Police and Fire Department response time.

Organizers claim they did not refuse police entry in any official way. But police were wary to go in. Bystanders and bodycams produced footage of police entering the area with their guns drawn. The crowd asked them to put away their weapons. Eventually, the officers retreated. A human chain of protesters prevented others from following.

The shooting has made it apparent that the blockade presents a problem, though. CHOP’s borders block public roads. This makes it hard for firefighters to safely drive city streets in the area. Small business owners complain about increased violence at night. This has led some protesters to consider changing the CHOP’s hours. Right now, all exist there permanently. Changes might move hours to 8 AM – 8 PM. (Some activists would remain behind at night.) A consensus has not yet been reached.

Spokeswoman Kristin Tinsley offered advice from the Seattle Fire Department. “Our crews do not have the training to go into a volatile situation to extract patients. We have instructed people to bring the patients to the perimeter of the crowd. Or transport them in a private vehicle to the hospital to expedite medical treatment.â€ť The Fire Department had to wait for the police to declare any potentially dangerous areas before they could move in. This is a standard procedure.

Gabriella Levya, a member of the No Cop Co-op, suggested that the shooting has left an impact on protesters. â€śI think people are starting to see that itâ€™s not a block party. Iâ€™m thankful for thatâ€¦. This is about trying to end police brutality.â€ť