Aston Martin and their Drag Race Team Dreams: Push it to the Limit 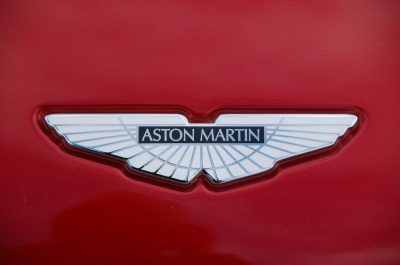 Do you remember that one time where Aston Martin went into drag racing with their employeeâ€™s boyfriend? Yeah, me neither. Did it end in disaster?! Possibly! Aston Martin models are known for being of the highest quality in both speed and luxury. But even star quality can be dim sometimes. Enter the era of desperation, where Astonâ€™s had been designing questionable choices with high expenses. Theyâ€™ve made silly choices before. From Le Mans to the Vantage, thereâ€™s a book you can fill with how stupid this stud company really could be at some points. But none can even live up to how questionable it mustâ€™ve been to be working for the company, when the company starts a drag racing sector with your spouse. What in the wacky world of racing am I talking about? I also donâ€™t know.

In short the drag racing carâ€™s still around. So something went rightâ€¦ Right?

As owner Mark Todd will tell you, Al Oâ€™Connor, who was at the time a famous drag racer, had approached an Aston Martin woman and started dating. Then he would court the company itself. With a deal that would put the brakes on all stockholdersâ€™ hearts. They wanted to build a drag car that would demonstrate a prototype body propelling well with a sturdy and tough V8 Aston Martin engine.

This was made into an agreement, the body was shipped to Hauser Racing and the chassis was created by Geof Hauser himself.

Of course, performance isnâ€™t everything. And while the idea was ambitious, Oâ€™Connor and his Miss Aston Martinette broke up. Which may explain why the team never really went anywhere.

But with a huge turbo and a rewired thinner gauge, thereâ€™s no doubting that this drag racer was really something to love and still is if only the public could see it.