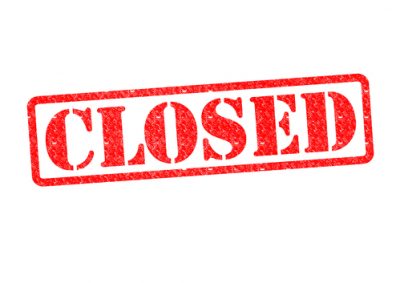 A Washington State carrier and one of its drivers has been shut down by the U.S. Department of Transportation. He had been placed out-of-service at a rate more than 13 times.

The Federal Motor Carrier Safety Administration, FMCSA, today said it has ordered Tumwater, Washington-based Even Flo Logistics, to immediately terminate all interstate and intrastate operations after the company posed an imminent hazard to public safety.

A separate imminent hazard order was served to Even Flo Logisticsâ€™ truck driver Shawn Roberts, a state of Washington commercial driverâ€™s license holder, a statement from the FMCSA said. The federal order forbids Roberts from operating any commercial motor vehicle in interstate commerce.

The FMCSA said that in August of 2017, the Washington State Patrolâ€™s Motor Carrier Safety Division directed a compliance investigation of Even Flo Logistics following roadside inspections occurring in various states since January 2017. According to the FMCSA, the investigations revealed repeated serious safety violations requiring that its truck driver Roberts be placed out-of-service at a rate more than 13 times the national average.

Numerous serious violations of federal safety statutes and regulations were discovered, according to the FMCSA. They included:

Based on the violations discovered during the Washington State Patrol investigation, the motor carrier was issued a final federal safety rating of â€śUnsatisfactoryâ€ť and ordered to cease operations effectively Oct. 10, 2017. The motor carrier subsequently operated on at least two occasions in violation of this federal order.

The FMCSA imminent hazard out-of-service order to Even Flo Logistics stated that the carrierâ€™s ongoing noncompliance with federal safety regulations, combined with the companyâ€™s demonstrated lack of safety management controls â€śsignificantly increases the likelihood of serious injury or death to its drivers and the motoring public and establishes an imminent hazard.â€ť

In conclusion, the FMCSA statement said:

Among other driver violations of federal safety regulations, Roberts has been cited for operating a CMV in violation of conditions of his CDL learnerâ€™s permit; operating a CMV without a valid CDL; being on-duty while under the influence of a narcotic drug/amphetamine, and; possession of an intoxicating beverage while on-duty or driving.